Time to meet another Hutchie and their car! This time, it's 3D Artist, Pete and his Peugeot 205 GTi – a car that Stirling Moss owned back in the day. Over to Pete...

I learned to drive in a Peugeot 205 and we've had several in my family. My enthusiasm for the 205 started very early on. The GTi variant was always on my wish list of cars to own but because of insurance and rocketing prices I was only able to get my hands on one at the end of my twenties. 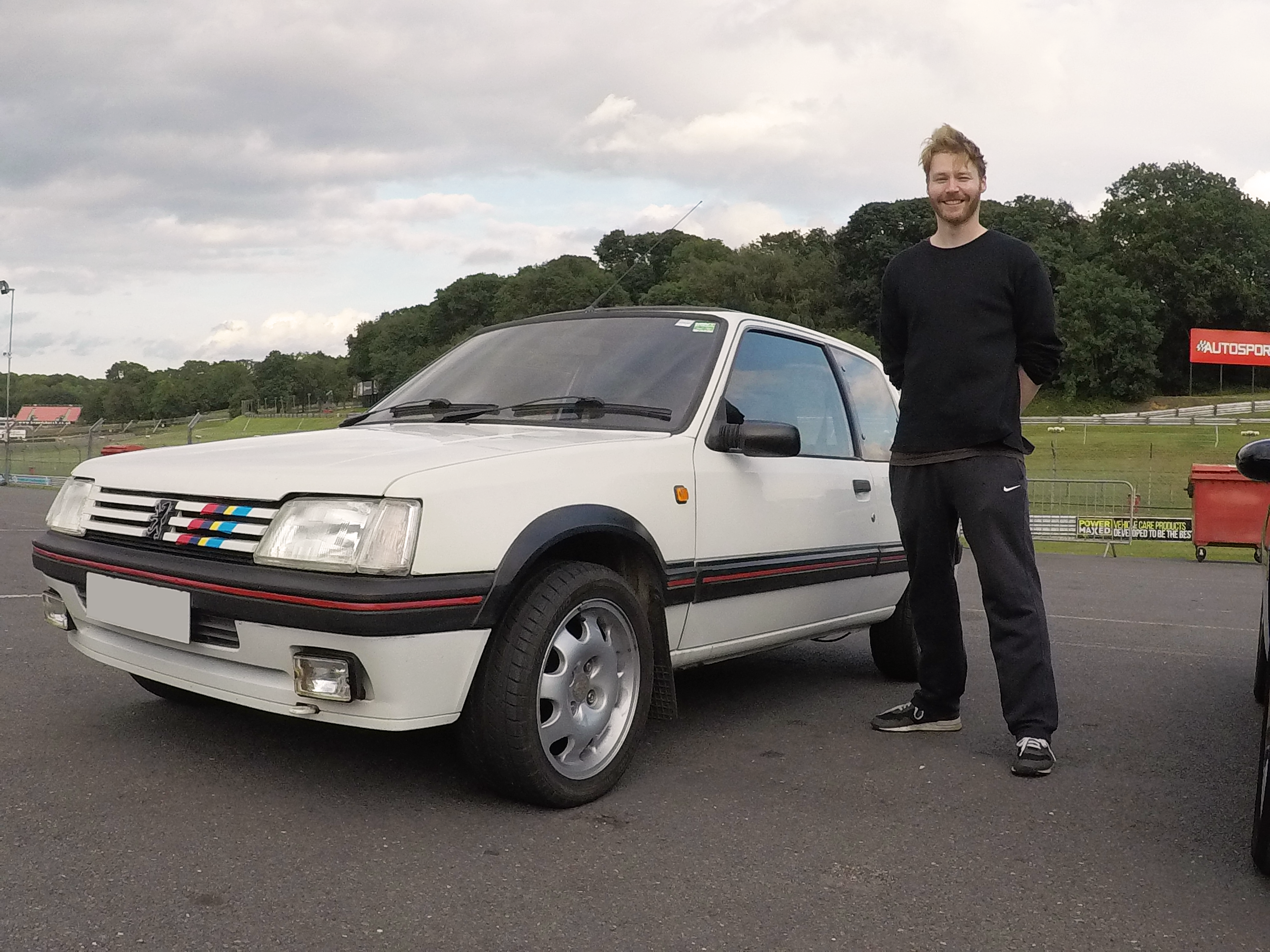 This is the 1988 1.6 litre version that came with 115hp at 6250rpm from the factory. Combined with a kerb weight of just 890kg it can offer spritely performance. It's a great car, but there are a few disadvantages that come with Peugeot 205 ownership. Sometimes it can feel like a bit of a labour of love! For example, it comes from an era where automotive safety was not refined. It doesn’t have airbags and the headrests sit too low to be effective in any impact. It could also use an extra gear for the motorways. Cruising at 60mph will see the engine settle at 3500rpm which can be noisy and wearisome on long drives. And anyone who has owned a 205 will tell you that the radio is in the wrong place! 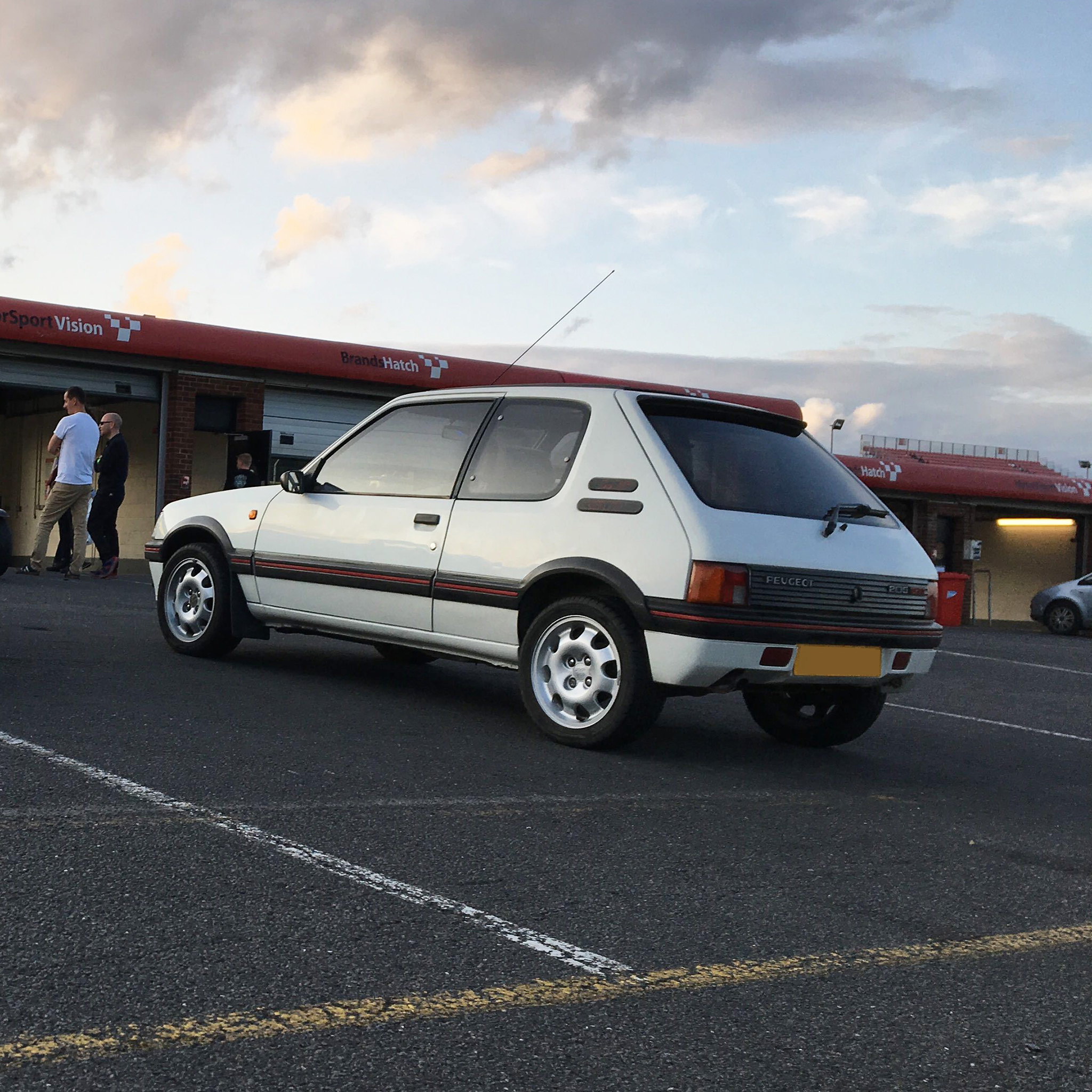 Since I’ve owned the car over the last 4 years I’ve taken it to a few classic car events around the UK. This included going to track days at Goodwood Circuit and Brands Hatch with Hutch. These team excursions can be fun as it’s a good time to talk cars for a few hours with some co-workers. There’s nothing too serious going on and sometimes the catering is pretty good too. So overall a good day out! 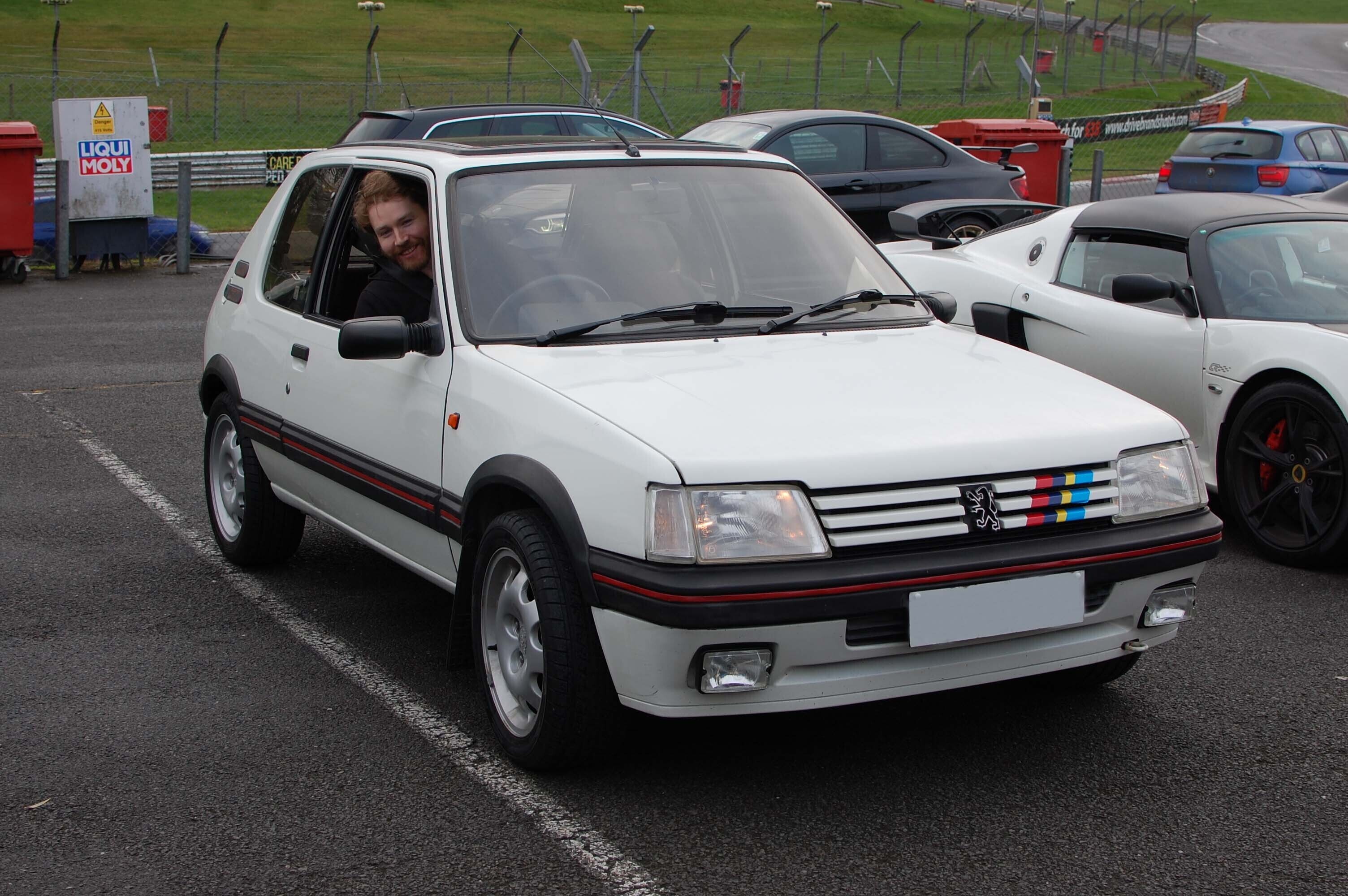 People attending these track days, Hutch employee or not, also seem to enjoy the Peugeot 205. I always get a couple of people asking questions about the car or asking if they can sit in it. I don’t think the GTi is particularly intimidating to look at. On the contrary it looks fun and happy so it usually draws out a conversation. As for the future; the 205 has had a lot of work done on it recently, including an engine rebuild, so hopefully it will be heading to Santa Pod this summer.

Stay tuned for more Hutchies and their cars. And if you can’t wait, check out our Insta for more of us and our automobiles!